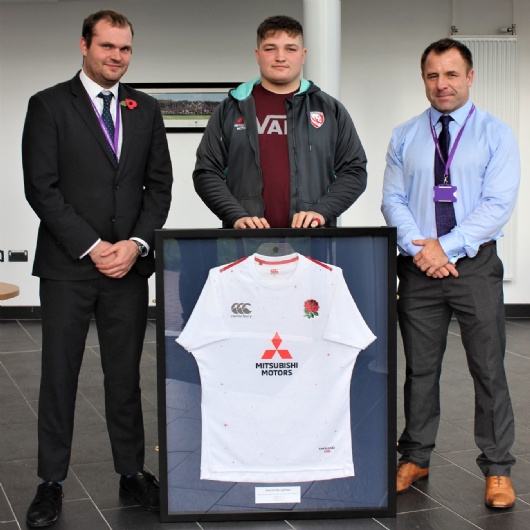 On the back of a successful England Under 18 campaign at tight head prop, Jenson met with the Headteacher Mr Farmbrough and his former PE teacher Mr King to present to the school his England shirt as a thank you for the support from the school in developing his rugby career.

We look forward to reporting on more success from Jenson as his career with Gloucester and England moves forward.